What are you working on ?

This was previously published on LinkedIn

Until very recently I couldn’t really answer this question. But it has shipped, so now I can tell you: I've been working on Edge Computing.

To be more precise, this is the first compute service available to ISP subscribers directly on their ISP gateway.

Those of you that read my LinkedIn profile know that I work on the consumer-facing boxes of the french ISP called Free, at the Iliad subsidiary called Freebox. Free is often credited as the inventor of ADSL triple-play, and has been making its own hardware with Freebox for almost 20 years now. The latest gateway/set-top-box triple play offer is called Freebox Delta and is relatively high-end; non-french readers can find a good overview of the Freebox Delta at Engadget. The gateway, Freebox Server, ships with RAID, 10Gbps support, wifi with 160Mhz bands, lots of NAS features, etc. And now it's first ISP gateway to also provide compute, via installable VMs, available to subscribers.

You can use it to host your personal cloud, home automation, multimedia server, etc. It's truly generic compute, with an arm64 OS, so your imagination is the limit. I'm already using it at home to run a few services that were on a Raspberry Pi: it's much faster thanks to the 64-bit OS, and more reliable than microSD cards. 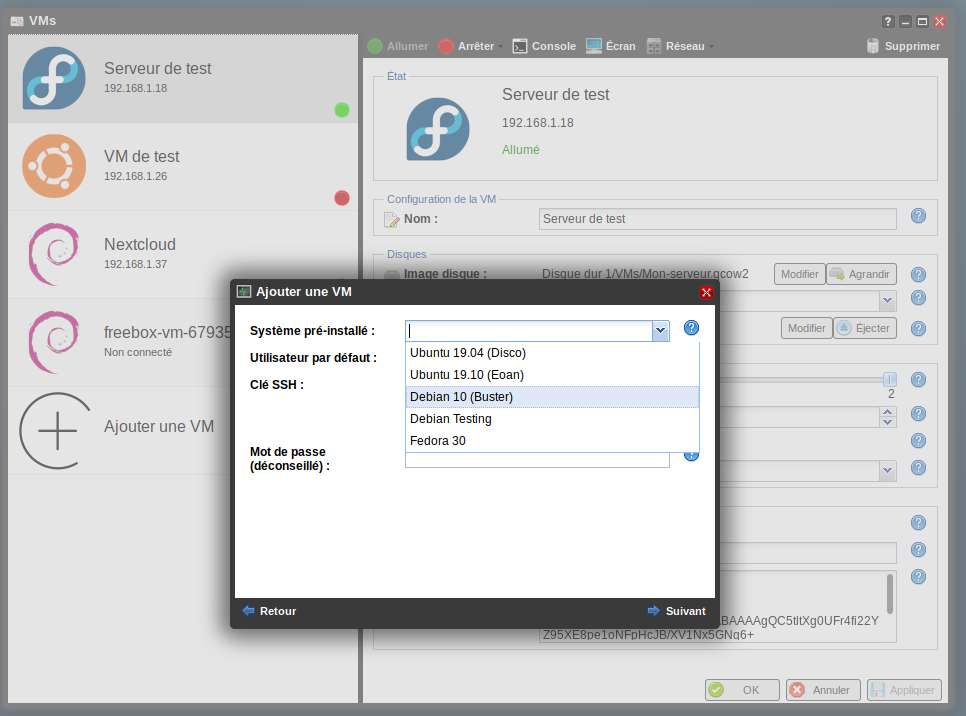 It's built on top of QEMU and supports cloud-init, USB passthrough, remote display, and lot of other small goodies. In the process of building it, I found two QEMU bugs (one of which danpb fixed upstream in QEMU 4.1.0), two ubuntu bugs and released a debug tool for websocket ttys.

You'll find some of the coverage of this release in french here, with quotes from yours truly, as well as the article that was published on the Freebox developers blog (french).